Most people, if they recognize Title IX at all associate it with parity in women’s athletics.  The protections Title IX offers and the history of this piece of legislation are much more complex.

Title IX grew out of the Civil Rights Act of 1964 which ended segregation in public places and banned employment discrimination on the basis of race color, religion, sex or national origin.  This remarkable and hard fought for piece of legislation was a great achievement. It omitted, however, educational opportunities.

In 1972 these 37 words changed the educational landscape for women: "No person in the United States shall, on the basis of sex, be excluded from participation in, be denied the benefits of, or be subjected to discrimination under any education program or activity receiving Federal financial assistance."

The protections enacted through Title IX went beyond access to athletic opportunities in schools. Title IX made it illegal for schools to set quotas for women in education, enforce curfew on women and not their male counterparts, ensured that schools offered equitable access to scholarships, admissions requirements were the same for women and men. Women could not be excluded from “male programs” such as medicine. It also required that all individuals be protected from sexual harassment including harassment for not conforming to gender stereotypes. Schools are required to respond quickly and effectively when sexual assault and harassment does occur.

The current Education Secretary, Betsy Devos, has issued a new set of rules for Title IX that will, among many other changes, roll back campus sexual assault rules. Some of the potential outcomes would be that Universities would not be compelled to investigate assaults that happen off campus, for example in fraternity/sorority houses. These changes to Title IX are being argued throughout January and the upcoming months. Title IX is critical legislation to education.  Watch for changes in the upcoming months. 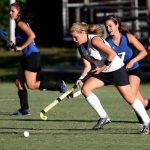 With the coronavirus, Peace House is adapting and modifying our services to keep staff safe and to continue to support individuals and families in crisis to escape violence and heal from the associated trauma. This includes using technology to provide some services. The best way to access any of Peace House's services is by calling our 24/7 support line at 800-647-9161 Read More
Hello. Add your message here.